Department of Library and Information science, celebrated AZADI KA AMRUT MAHOTSAV launched by Hon. Prime Minister shri Narendra Modi in collaboration with Krishnadas Shama Goa Central Library on 19th March 2021. This was launched 75 weeks prior to 75th anniversary of India’s Independence
The Mobile Library (Library on Wheels), was invited to our college campus and exhibited the books on Freedom of India and on other various subjects. There was a great response from the residents of Bori village, staff and students of Institute.
The exhibition was inaugurated by the chairman of SVVM’s shri Minanath Upadhyay , Principal Dr. Subrahmanya Bhat , staff of Goa Central Library and other dignitaries . 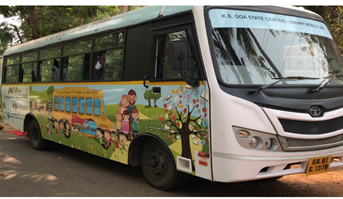 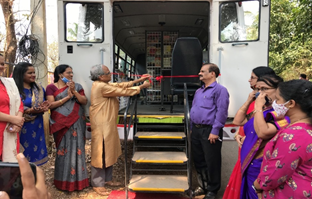 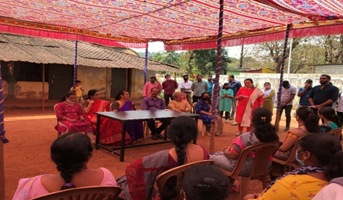